On Thursday, the Centers for Disease Control and Prevention approved booster shots for all adults who got Johnson & Johnson's one-shot Covid vaccine, and a select group of fully vaccinated Moderna recipients.

The agency also approved a "mix-and-match" approach, giving booster-eligible people the option to get a new dose of any approved vaccine, regardless of the one they initially received.

The new Moderna eligibility — people 65 or older, and adults who either are immunocompromised or regularly experience a high risk of Covid exposure — mirrors the country's booster eligibility for Pfizer recipients, which was approved by the CDC and the U.S. Food and Drug Administration last month.

Any booster-eligible person can now get a new shot of Pfizer, Moderna or J&J — with the flexibility to choose, based on their own individual circumstances.

This begs the question: Which booster shot is best for you?

The simple answer, experts say, is the one that's most readily available. If your local vaccination site only offers a single type of vaccine, take it — getting any of the three shots now is better than waiting for availability to change, says Dr. Nora Colburn, an infectious disease physician and epidemiologist at The Ohio State University Wexner Medical Center.

But if you have a choice, here's what you need to know:

If you're a fully vaccinated Pfizer or Moderna recipient who meets the booster eligibility guidelines, and it's been at least six months since your second vaccine dose, you're officially booster-eligible.

There's little difference between the two mRNA vaccines as boosters, because they use the same vaccine technology. A J&J booster will also improve protection, according to research from the National Institutes of Health released last week: The study found that all combinations of vaccines and boosters resulted in higher antibody levels, though it didn't compare any of the combinations directly head-to-head.

Antibodies are just one of the ways that your body's immune system mounts protection against a virus. Other tools, like T and B cells, also contribute to protection.

Choosing a booster, then, might come down to expected side effects — which will likely be familiar. Common ones include pain surrounding the injection site, fatigue, muscle soreness, headache, fever, swelling, joint pain, chills redness and nausea, according to the CDC.

Pfizer and J&J's boosters have the same dosages as their original vaccine regimens: 30 micrograms and 0.5 milliliters, respectively. Moderna's booster is 50 micrograms per shot, which is half the dosage of its original 100-microgram vaccines.

Moderna told the FDA's vaccine advisory panel that it lowered its booster dosage to lessen the severity of its side effects, and increase its vaccine availability worldwide.

"Those effects could be the same as when you got it the first time around, could be nothing, or could be a little bit worse than what it was before," says Dr. Mohammad Sobhanie, an infectious disease physician at The Ohio State University Wexner Medical Center.

Remember, side effects can be a positive sign that your booster is doing its job. Your first two doses gave your body a blueprint to fight the virus that causes Covid. The booster is designed to trigger that plan into action, causing your body to start producing more antibodies.

That can lead to some physical discomfort — but it's ultimately worth it.

If you got J&J's one-shot vaccine

If you're one of the country's roughly 15 million J&J recipients, and it's been at least two months since your shot, you're also officially booster-eligible.

The move might be long overdue: Some experts, including White House chief medical advisor Dr. Anthony Fauci, have stated that J&J's Covid vaccine should've been a two-dose regimen from the start.

You won't go wrong by getting a second J&J dose. According to the company's data, its booster shot can increase your protection against symptomatic infection to 94%, up from 72%.

But you could be better off switching to either mRNA vaccine: Last week's NIH research showed that Pfizer and Moderna boosters induce higher levels of antibodies in J&J recipients than second J&J shots.

Experts say choosing an mRNA booster is a particularly good idea for women under age 50, who are at risk for a very rare but severe blood clotting disorder called "thrombosis with thrombocytopenia syndrome," after receiving the J&J vaccine.

Young men might want to take the opposite route. Men aged 16 to 29 who receive either mRNA vaccine face an increased risk of a heart inflammation condition called myocarditis, as Fauci told ABC's "This Week" on Sunday. Vaccine-induced cases of myocarditis tend to be mild, and often resolve on their own — but if you're concerned, you can avoid that risk.

As with the mRNA vaccines, a second J&J shot might induce similar side effects to your first dose, including fever, fatigue or headache, according to the CDC — generally a good sign that your booster is working as intended. J&J's data on booster side effects is currently limited, the agency noted. 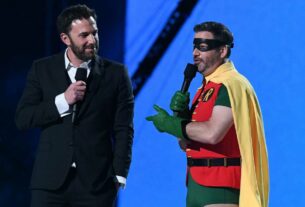 In California: 20,000 attend ‘vax awareness’ concert; half of state at least half-vaccinated 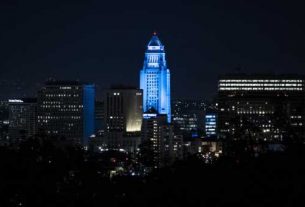 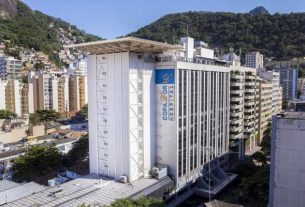