On April 16, the number of daily new cases in the region rose to 1,510 from numbers that had been in the 1,100-1,200 range the week prior. Since then cases have increased about 78%, to 2,335 today. Given the two-week rule, hospitalizations should be rising apace.

But during that same period, daily Covid-related hospitalizations have risen by just 21 patients, from 228 to 249. That increase is nowhere near the corresponding jumps seen in past surges. The hope is that hospitalizations are “decoupling” from case trends, meaning the two are no longer as causally linked as they were before. 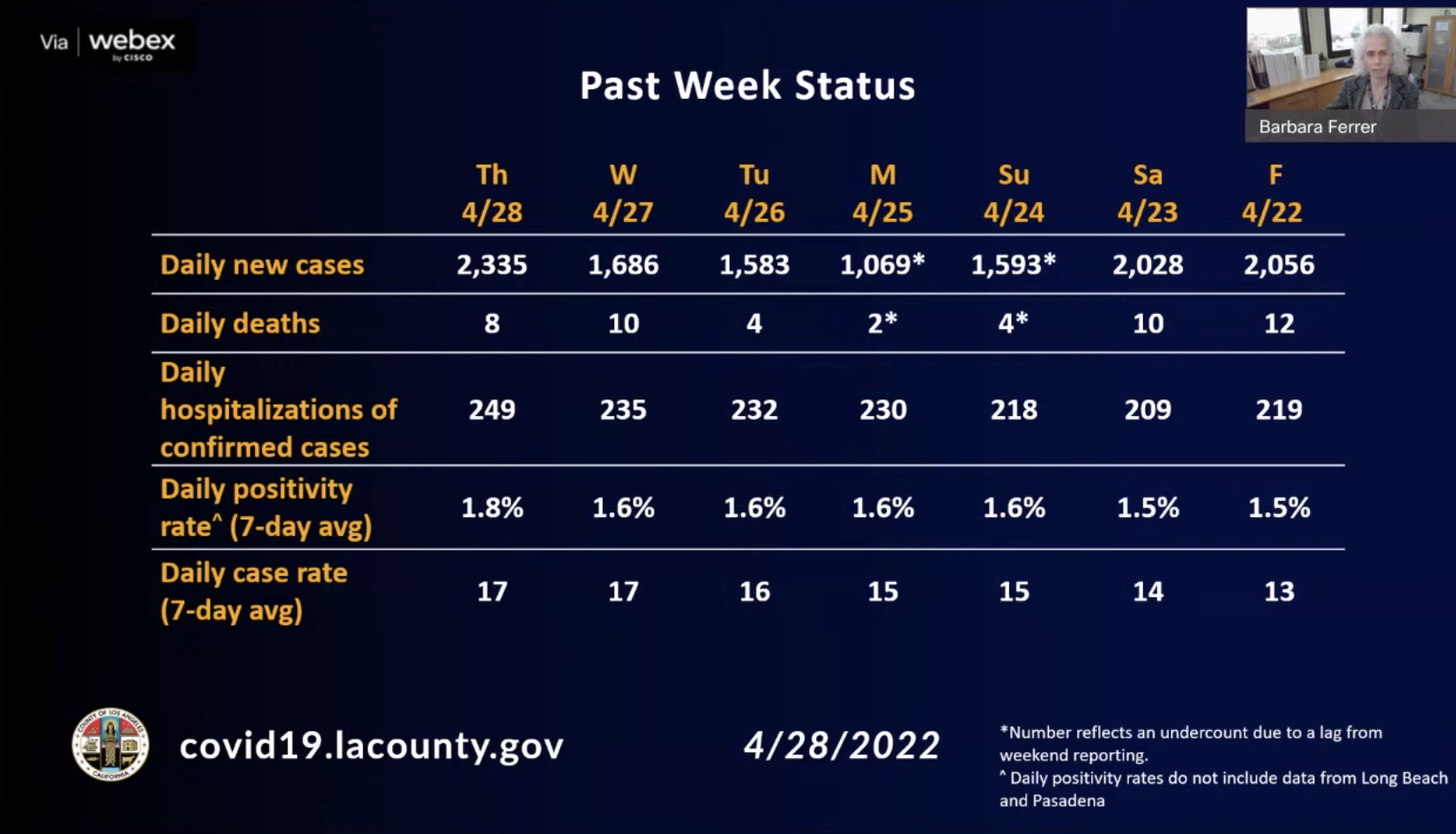 The county is only just at the 2-week margin, so the next few days could still see the customary rise, but the fact that there has not yet been a jump is a hopeful sign.

Another hopeful indicator is the suspicion that the daily case numbers are vastly undercounting the number of new infections. Many experts suspect that, given the prevalence of home tests, there are many more positives that have not been counted. If there are even more cases in the region that would make the delta dividing infections from hospitalizations even wider.

“We’re definitely seeing an increase in cases that is fairly significant,” said L.A. County Public Health Director Barbara Ferrer today. “We started to see a small increase in hospitalizations. We’ve got a few things going on here. We’ve removed some of the safety protection measures, and we also had our spring holidays and our spring break. I’m hoping that this increase that we’re seeing stabilizes fairly soon without going much higher.”

As for hospitalizations, Ferrer isn’t ready to declare victory just yet.

“Stable hospitalization rates reflect the customary lag that we usually see as well as the protective effects of vaccination, boosters and therapeutics and the natural immunity that some people gained [from previous infections],” she said.

The wild card, Ferrer says, is the new more-transmissible BA.2.12.1 variant which for the week ending April 9, made up 7% of specimens analyzed. That’s up from 3% week before. And given April 9 was roughly two weeks ago, that share is sure to have risen.

“You have to look at the data across the country,” observed Ferrer. “The East Coast is seeing a rise in hospitalizations and we don’t know enough about this new variant BA.2.12.1. So let’s continue to be cautious. Let’s continue to be prepared depending on what we’re learning and seeing.” 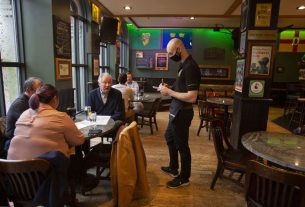 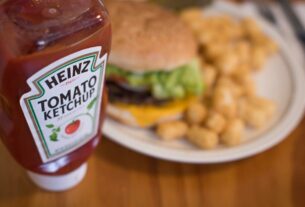 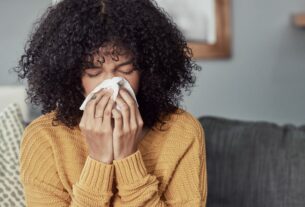