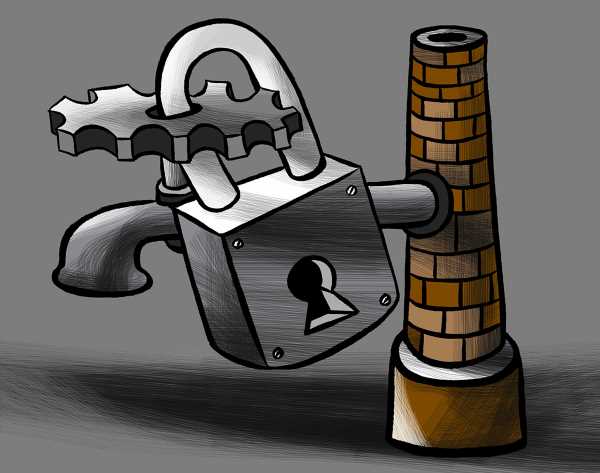 ‘The CEA suggested that could be as high as 19 per cent.’ 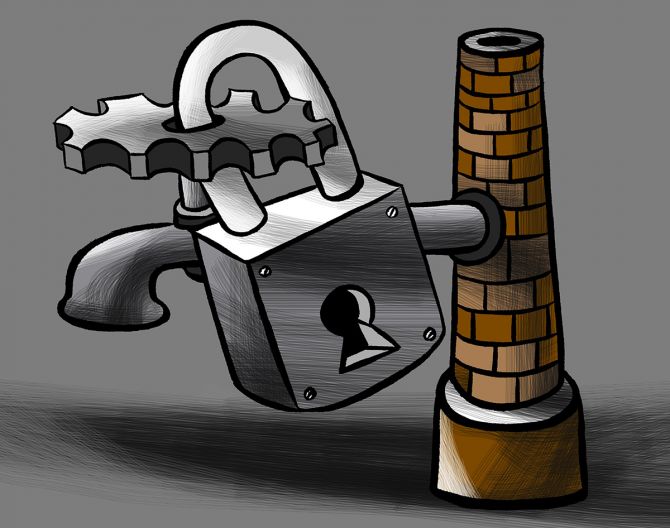 With little over a month remaining for the 15th Finance Commission to submit its report for 2021-2022 to 2025-2026, Chairman Nand Kishore Singh, below, says the recommendations of the first report, including that of devolution, may no longer hold.

Singh tells Arup Roychoudhury and Indivjal Dhasmana that the Commission could recommend spending 2.5 per cent of GDP on health in the light of the pandemic, and that GDP growth of FY22 will have to be discounted due to the low base effect from FY21.

With the pandemic and the resultant economic slowdown, how different are the assumptions that you are making for your second report, compared to the first one? Will the devolution of 42 per cent hold?

While we have tried to adopt the template of the 2020-2021 report, we have recognised that modifications and changes will be required to our recommendations in the light of the current economic challenges.

I will not say the report for the five-year period beginning the next fiscal year is a cut and paste of the FY21 report.

How did the Commission look at extension of compensation cess beyond June 2022?

We recognised that there was an Act of Parliament on the compensation cess.

That Act gave assurance of the 14 per cent revenue growth to states for the first five years, beginning the roll-out of Goods and Services Tax from July 2017.

The issue really is what happens if the compensation cess is inadequate to meet the assured 14 per cent growth to states.

Where will these resources come from? How does the Finance Commission reckon with that?

I must say that the Centre at no point of time suggested that it is seeking to rescind from the 14 per cent commitment.

Issue became how this commitment will be met.

They themselves announced that compensation cess will continue till the time of repayment of borrowing.

How do we reckon with that in our projections?

The issue arises how do we distribute the payment of these liabilities in our model for a five-year award that we are looking at.

We have done some bit of work on that and we have come up with a model which we hope would be reasonably acceptable.

The GST Council is divided on the Centre’s borrowing options. What’s your take?

As far as India is concerned what is a grave concern is both the debt trajectory and trajectory of the fiscal deficit for the general government – both the Centre and states.

This is clearly the issue of disaggregation of the overall debt of the general government.

We have factored in all that.

Terms of reference of the panel say we will give recommendation on finances, fiscal deficit, and debt as the consolidated one for the general government.

This is what we areaddressing.

Has the panel reached any consensus on a particular level of the allocation that the Centre and states should make to health sector?

In the chapter on the health sector for our upcoming report, we have made some significant recommendations.

We have made the recommendation that the public outlay in respect of the health sector should really in the coming years try to reach the level as was expected by the National Health Policy of 2017 at little over 2.5 per cent of GDP.

As compared to that, the current public outlay on health is close to 0.9 per cent of GDP.

About 0.6 per cent is coming from the states and little close to 0.3 per cent from the Centre.

There are recommendations on increase in health spending by each of the states and the Centre.

Not only the allocation is woefully inadequate, but India’s long-term neglect of the sector has shown up very significantly during the pandemic.

It is also inadequate in terms of skewed geographical distribution of the health infrastructure.

The poorer parts of India have significantly lower health infrastructure compared to the national average, which itself is lower than expectations.

So, how do you correct this kind of serious distortion?

Besides, the other area is how do you augment the human resources available to what is called frontline workers.

There, some significant recommendations have come with effect to how to increase the availability of doctors and paramedics.

Can each of the hospitals be made a training ground for paramedics? 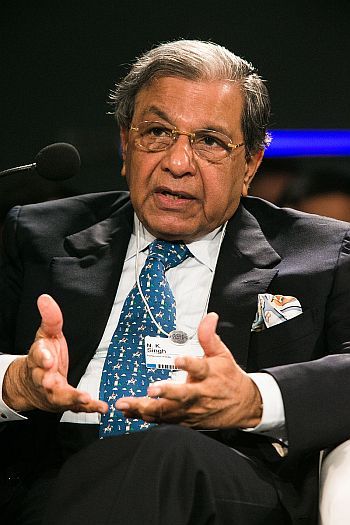 Opportunity costs of investments in my view are quite exceedingly high.

Many parts of India do not have separate wings for infectious diseases and many parts don not have testing lab.

Second component is how to re-prioritise the current expenditure to meet the needs of the health sector.

For instance, in my view it is a real opportune time to involve panchayats and urban local bodies in the health sector because they have the cutting edge in the primary health sector.

And then what kind of specific interventions could be made by the Centre and states apart from their annual budget expenditure to fill the critical gaps in the sector.

Recommendations cover all these aspects of the health sector as a whole.

If you decide to give performance-based incentives for the health sector, as was hinted in your earlier report, will states’ experiences on dealing with Covid be a factor?

Whether we give performance-based incentives or additional resources is something we have not yet concluded.

There are states where the health care deficiency is far more critical, and intervention is needed in a significant way.

Some of these areas, where the health deficiency is maximum in terms of infrastructure, we could consider additional resources by way of sector-specific interventions and state-specific grants.

The ministry still sees a V-shaped recovery in the second half of the year. Do you agree?

A few days ago, we had a last meeting of our economic advisory council.

This was a very robust exchange of views.

All economists presented their views and as is to be expected, different points of views emerged, both on the current year as well as the next year.

We also received a memorandum from the ministry of finance.

We had separate presentations made to us by the chief economic advisor.

It is clear that there will be a contraction in real and nominal terms this year.

It is a no-brainer that there will be a very sharp rebound next year due to the low base effect.

The CEA suggested that could be as high as 19 per cent.

That depends on what the contraction for this year will be.

We will have to make that exception for next year.

Then after that rebound, we will have to think of the next four years.

We have to make some assumptions. We expect a return to normalcy.

Unlike in the past, never has a Commission faced the challenges of assuming vastly different growth rate numbers for each of the years of its award period, instead of one continuous rate of growth.

We also don’t have the luxury of projection constant rate of tax buoyancy.

Also, on the GDP deflator, do we assume 4 per cent throughout, or have different numbers?

You spoke of a fiscal deficit range, and that the FC may consider recommending that.

As a matter of co-incidence, my last assignment before the Finance Commission was the FRBM panel.

There was a discussion in the FRBM panel on whether we should have a fixed fiscal target or a range.

We ultimately went for a fixed point because the majority view in the committee was that the moment we give a range, in a parliamentary democracy, there would be a tendency to operate at the upper end of the range.

There was also an issue on whether we need a cyclically adjusted fiscal numbers depending on business cycles.

In the present circumstances, if a range is chosen instead of a fixed point, there is a built-in cyclicality.

One of the biggest features of the 2018 FRBM Act was using debt as an anchor, with fiscal deficit target as an enabling mechanism to reach the targeted debt level.

The best we can do is to try and see if the direction of debt-GDP ratio is southwards rather than northwards. 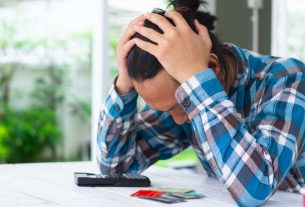 Americans have lost $145 million to scams linked to Covid-19 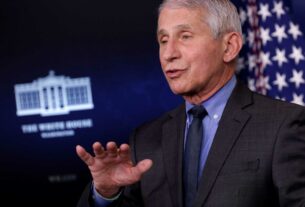