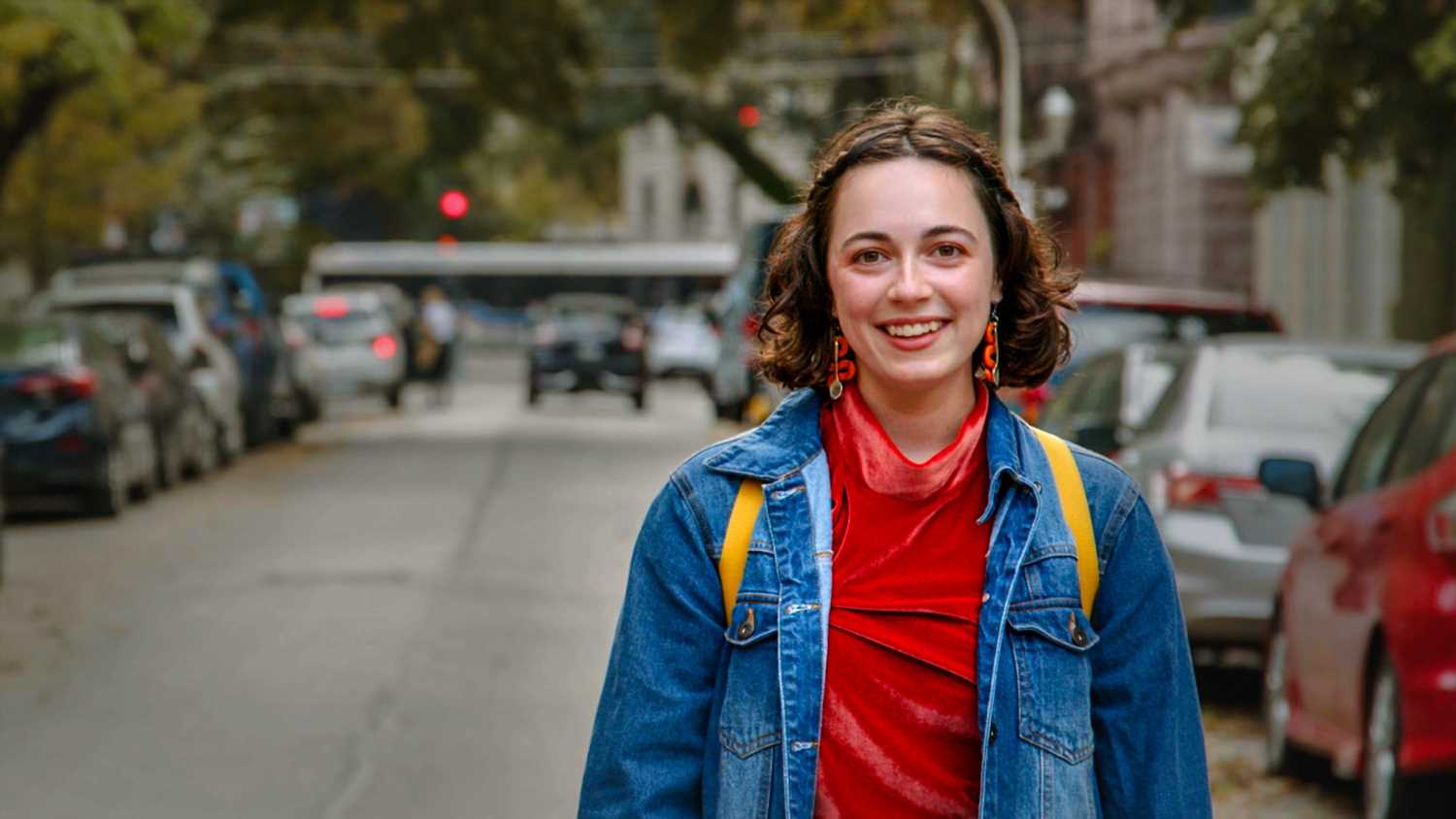 This story is part of CNBC Make It's Millennial Money series, which details how people around the world earn, spend and save their money.

Britt Dorton, 25, is meticulous about her budget. She has multiple spreadsheets to document her earnings, bills and goals, and feels comfortable knowing every dollar is accounted for.

For Dorton, planning ahead financially has been a huge part of her life since she was diagnosed with two chronic illnesses as a teenager. Dorton lives with Ehlers-Danlos syndrome, a hereditary degenerative disorder that affects her connective tissue, and complex regional pain syndrome, or CRPS, an acquired chronic nerve pain disorder.

"My disabilities affect every aspect of my life, including my finances," Dorton tells CNBC Make It. "Unless you have lived with a chronic illness or somebody that you love has, I don't think a lot of people realize how expensive it is to be sick or to be disabled."

There are obvious medical costs — doctor's appointments (Dorton gets spinal injections three to four times a year to manage her pain, which cost $1,200 per session), medications ($60 to $150 per month), emergency hospital stays ($300 per visit) — totaling several thousand dollars per year.

There are also a lot of hidden costs like physical therapy, braces, orthopedic shoes to prevent dislocations, an Apple Watch to track Dorton's heart rate and oxygen levels, or ergonomic equipment so she can work from home.

Here's how Dorton balances health-care costs, everyday expenses and her plans to attend law school while living on $33,000 a year in Chicago.

Making a living in Chicago

Dorton graduated from the University of Chicago in 2020 and began working for a legal aid clinic. Over the summer, she quit and took a part-time paralegal job at a civil rights firm so she could focus on studying for the LSAT. After taking the entrance exam in October, she transitioned to working for the firm full-time.

She also earns up to $1,200 per month through side hustles, including doing freelance social media work for an attorney, being a sensitivity reader for a YA novel about chronic illness and disability, and running ads and sponsored content on her personal social media platforms.

Dorton won't start law school for another year, but it's already a huge factor in her budget. She's spent nearly $3,000 on prep courses, taking the LSAT and law school application fees before even stepping foot on campus. Then there's the estimated $200,000 sticker price of tuition, which she hopes to cover through as many scholarships, grants, fellowships and other forms of financial aid as possible, before inevitably turning to student loans.

Dorton doesn't expect to earn a lot of money once she becomes a lawyer — she wants to do pro bono public interest work advocating for disability and prisoner's rights. It's not exactly a lucrative field.

"As someone who's chronically ill and disabled myself, working for my community and advocating for disability justice is something that's really important to me," Dorton says.

Living on just $33,000 in Chicago forces Dorton to be strict with her budget, but "it's not impossible."

How she spends her money

Here's a look at how Dorton typically spends her money, as of September 2021.

Dorton's biggest expense is paying just over $1,000 to live on her own in a high-rise building. The cost is worthwhile for her health — living with roommates during the pandemic as a high-risk person wasn't good for her wellbeing, she says, and she must live in an accessible building with an elevator, which limits her options for more affordable spaces.

Dorton cut back on her social spending during the pandemic by cooking at home and walking instead of taking public transit or ride shares. She currently saves 10% of her take-home pay, or $160 in September, in an account she opened during college, where she's stashed nearly $15,000.

Dorton feels fortunate to still be on her parents' health insurance plan, but that will end when she turns 26 next year, and she'll have to find coverage through law school. She spends $300 to $500 on medical care per month, which she puts on a payment plan. She pays $150 toward her medical debt each month, which has a balance of $2,500. She doesn't think she'll ever pay it off.

"A lot of the work I put into paying off that debt gets canceled out by the ongoing expenses," Dorton says.

Dorton also has $6,000 in remaining student debt from undergrad, but isn't making payments on her federal loans while they're paused until January 31.

Despite her big recurring expenses, Dorton balances between discipline and fun. "If living with chronic illness has taught me anything, it's that life is very unpredictable, and it's important to enjoy it while you can," she says.

She makes room in her budget for hobbies like baking, painting and experiences with friends. Her latest splurge: concert tickets to see Lorde on tour in Chicago.

Living with chronic illness is unpredictable

The astronomical cost of care is a big focus of Dorton's advocacy work.

"Nobody should have to choose between getting the care that they need or going to see a doctor and paying other expenses," Dorton says. "But with the cost of medical care in the States, unfortunately, that's a decision that myself and many other people have had to make."

She also wants to confront the misconception of what people think it means to live with chronic illness, sometimes referred to as an invisible disability.

Dorton's symptoms aren't always obvious. With Ehlers-Danlos, she can experience pain and dislocation due to simple activities like sitting or standing for too long. With CRPS, she has a constant burning feeling in her left leg, which she rates at a seven or eight on a 10-point pain scale.

"Just because I look fine doesn't mean that there's not something going on underneath," Dorton says. "When you live with chronic illnesses, you get really good at faking well …. But I wish more people understood that just because we're smiling, we're working, we're going throughout our day, it doesn't mean that we're not dealing with pain on a regular basis."

Dorton grew up outside Cincinnati, Ohio, knowing she'd pretty much be on her own financially after high school. Her parents never opened a college savings account for her, so she was on the hook to get scholarships, financial aid and part-time jobs in order to pay for college.

Days before she was supposed to move away to college, she dislocated her left knee and destroyed the ligaments just by standing for an extended period of time.

While she'd experienced spontaneous joint dislocations since middle school and saw specialists over the years, the accident was the first time medical professionals determined it was caused by Ehlers-Danlos and prescribed a management plan. She took a gap year to undergo three surgeries and daily physical therapy.

Now, on top of paying for college on her own, she had medical expenses, too.

By 19, Dorton was an expert in deciphering insurance plans and hospital bills. Some nights, she debated whether her pain was bad enough to warrant a trip to the emergency room, and if so, what she'd have to cut out of her budget to afford the co-pay.

Discussing the cost of care with her parents, and the stress it puts on her budget, is a touchy subject, Dorton says. Her parents try to help her find ways to cut expenses, but they aren't able to provide financial support beyond covering her insurance premiums.

These days, Dorton surrounds herself with friends who understand her illness and can lend support by sending an encouraging text or staying with her in the hospital. "It definitely means a lot to me to know that I have people on my side, that I have a community who can be there for me, even when my family is states away and I'm navigating these big and scary things on my own."

Dorton's short-term financial goal is to have enough savings to cover her living expenses during law school. She wants to graduate with as little student debt as possible and eventually pay it off. She doesn't think she'll ever fully pay down her medical debt, but she'll continue chipping away at it.

She doesn't expect a big corporate salary after graduation, but feels her chosen career path is "worth it because it's the work that I care so much about, advocating for the communities that I care about, so I've been preparing for that financial burden."

With time, she hopes to start investing, saving for retirement, and making bigger charitable contributions on a regular basis.

Dorton has never wanted a "flashy lifestyle" and considers her long-term goals simple: "to be secure enough that I'm not having to make huge sacrifices," she says. "I want to be in a place where when medical emergencies come up, I'm not having to think, can I afford this? I can just focus on getting the care that I need.

What's your budget breakdown? Share your story with us for a chance to be featured in a future installment.

‘HMRC scam calls felt like an assault’ – The Crusader 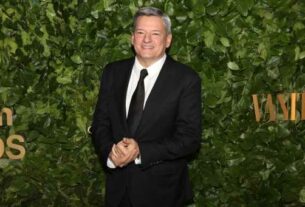 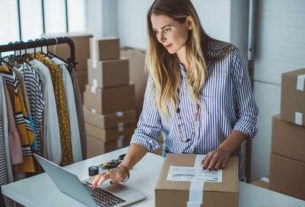