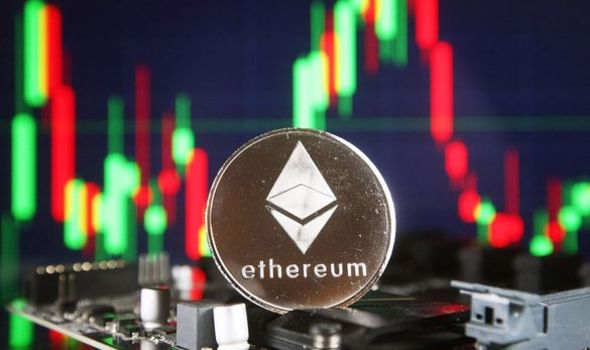 The cryptocurrency has been steadily rising since the start of October and has now reached just over $4,700 (£3,480). Ethereum is up around 59 percent since the start of October with Bitcoin also seeing gains of around 51 percent. Sales Trader at digital asset broker GlobalBlock Freddie Evans described Ethereum as performing “extremely well this year” noting it had now outperformed Bitcoin year to date with increases of over 540 percent. Analysts have frequently speculated about a future event known as the flippening when Ethereum overtakes Bitcoin as the biggest cryptocurrency. Although current ranked second by CoinMarketCap Ethereum does however have a long way still to go to catch up.

Mr Evans also said the price was increasing “with help from the continuing burning reducing supply” adding that estimates claimed around 800,000 tokens had been burnt over the last three months.

Burning refers to sending tokens to a secure wallet with no access key, essentially taking them out of circulation so they can no longer be used.

Burning has increased massively since an update in August to the Ethereum network known as the London hard fork.

Under this update Ethereum’s transaction fee mechanism was overhauled with the base fee paid to miners being burnt and miners instead receiving a trip or priority fee for the transaction.

At some points since the upgrade more Ethereum has been burned in 24 hours periods than minted.

Mr Evans said: “Unlike bitcoin, eth has no limit on how many will be made, so code changes like this are needed to create boundaries and limit supply growth.”

“With new positive policies like EIP-1559, many market analysts predict that we will likely see the continued price increases in eth as we have seen in the last few weeks.”

“While fluctuations are always present, the trend is very bullish as we continue to see positive inflows.”

Another factor in the recent crypto rally has been the threat of inflation which just in the UK has been forecast to peak at around 5 percent next year.

Around the world there have been similar concerns particularly given the actions of central banks such as the Federal Reserve in the US and the Bank of England in the UK.

Susannah Streeter, Senior Investment and Markets Analyst at Hargreaves Lansdown commented: “Some appear to have been enticed by the argument that the huge monetary stimulus programmes unleashed by central bank is fuelling inflation which will see the value of money decrease over time, whereas Bitcoin has a fixed limit on the number of coins which can be created.”

The increased attention cryptocurrency markets have gained from investors is also helping cement their place in the global financial landscape.

Analyst at IG Markets Kyle Rodda told Reuters: “Financial institutions want to be a part of it, regulators don’t want to clamp down on it too much.”

“We’re almost past the inflection point, where it’s part of the system and its going to be very, very hard to extricate it.” 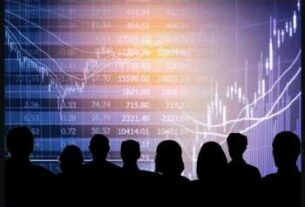 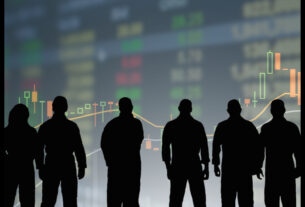 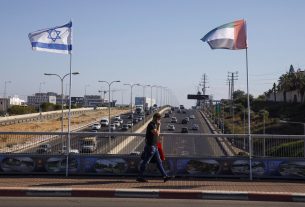 Saudi Arabia Gets Upstaged by Its Neighbors on Israel