LONDON — A recently discovered subvariant of Covid-19's delta strain now makes up 10% of new U.K. cases — but scientists have said there's no reason to panic.

Known as AY.4.2, there are some concerns that it could be around 10% more transmissible than the original delta strain, but there is so far insufficient evidence to prove that this is the case.

The subvariant — which is thought to have emerged in the U.K. over the summer — has two additional mutations affecting its spike protein, part of the virus's structure used to infiltrate cells. Questions are still hanging over exactly how, or if, those mutations will affect how quickly it spreads.

In the last 28 days, AY.4.2 has accounted for around 10% of new Covid-19 cases, according to data from public health consortium Cog-UK. That makes it the U.K.'s third most dominant version of Covid-19 for the past four weeks after the original delta strain and another of its so-called sublineages.

Despite its rise, public health officials in England have emphasized that so far, AY.4.2 does not appear to cause more severe disease or render existing vaccines less effective. And according to biologists at England's Northumbria University, the mutation has failed to take hold in several European countries, "dropping off the radar in Germany and Ireland."

Christina Pagel, director of the Clinical Operational Research Unit at University College London, told CNBC via telephone that although delta's new subvariant was definitely growing in the U.K. and elsewhere, it was not a huge cause for alarm.

"It looks like it has somewhere between a 12% and 18% transmission advantage over delta, so it's not good news in that sense. It's going to make things a bit more difficult, but it's not a massive jump," Pagel said.

"Delta compared to alpha was around 60% more transmissible, it was doubling every week. This is going up by a percent or two a week — it's much, much slower. So in that sense, it's not a big disaster like delta was. It will probably gradually replace delta over the next few months. But there's no sign it's more vaccine resistant, [so] at the moment I wouldn't be panicking about it."

However, the emergence of the new mutation did raise some concerns, Pagel said. If the new mutation arrived in countries that were further behind the U.K. in their vaccination programs, it would create additional problems, she added. It also proved the coronavirus is still mutating.

"There are lots of different subtypes of delta, [but] this is the first subtype that seems to actually have an advantage over the other deltas," Pagel said. "And it just shows that there's more places for it to go and evolve to. Some people have been saying delta's hit the sweet spot – well look, it's found another sweet spot."

Pagel called for some mitigation measures to be reintroduced in the U.K., which lifted almost all its remaining Covid restrictions in July and now has one of the highest rates of infection in the world.

"If you have high case numbers, you will keep on providing opportunities for mutation," she said. "I don't think it's a coincidence that [the new subvariant] has come in England, where we've had really high cases for a long time."

David Matthews, a professor of virology at the University of Bristol, told CNBC in a phone call that while booster vaccinations and vaccinating children could help slow down a potentially faster version of the virus, the U.K. needed to focus on the 10% of adults who were still refusing a vaccine.

"Everybody, vaccinated or otherwise, will be catching this virus one day," Matthews warned. "So there's only one question to ask yourself: do you want to meet this vaccine with your immune system trained or untrained for the fight?"

Global Covid cases and deaths rise for the first time in two months, WHO says

Some 5% of unvaccinated adults quit their jobs over Covid vaccine mandates, survey shows

He added: "What the delta variant does, and what AY.4.2 will do, is simply find the people who are unvaccinated faster. So if you're unvaccinated, the length of time it will take before this virus finds you is shortened every time the virus gets faster at spreading."

Variants 'a fact of life'

Eyal Leshem, an infectious disease specialist at Sheba Medical Center who has been treating patients on Israel's frontlines, said he was not particularly concerned about AY.4.2.

"AY.4.2 has been in circulation for a while now in the U.K., and it's still not making up more than 10% of cases," he said. "Delta, once it entered into circulation, completely became the dominant variant within several weeks. This has not been observed with AY.4.2."

Leshem added that variants were "a fact of life" when it came to highly infectious viruses.

"We will probably not be able to fully vaccinate the entire global population in a way that prevents transmission with the objective of eliminating the virus, so if variants are not created in the U.K., they will be created elsewhere," he told CNBC via telephone.

"I don't think new variants are an important consideration when deciding whether to fully open a country or not – I think the U.K. made the right choice [to reopen]." 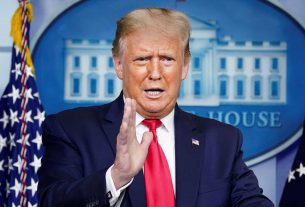 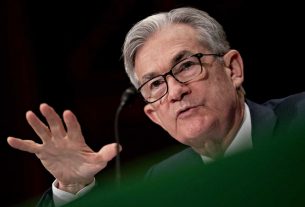 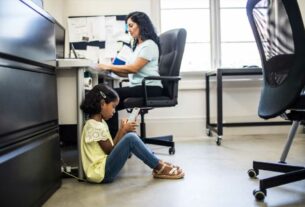