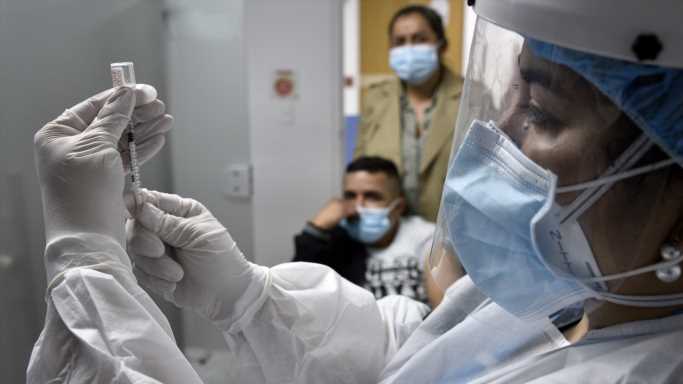 The Delta variant of COVID-19 has taken the United States by storm, raising questions as serious as whether current vaccines protect people as well as they did from earlier variants. The federal government has just announced that many people will start to get a third shot, called a booster, starting late next month. These shots will be administered eight months after people were fully vaccinated.

New COVID-19 cases have jumped to where they were in November, at the start of the terrible third wave of the disease that lasted until early this year. Daily fatal cases recently topped 1,000 for the first time in months.

It is easy to forget how hard the disease has hammered the United States. America has had 37,707,464 confirmed cases, or about 17% of the world total. Fatal cases, at 634,788, are about 15% of the global figure. This is despite tremendous outbreaks in highly populated nations including Brazil, India, Indonesia and the United Kingdom.

When epidemiologists and public health officials measure the effects of the diseases, their findings are often based on per 100,000 people. This is done so that different populations in counties and states can be compared to one another. One of the most important measurements recently has been vaccination rates. Nationwide, the percentage of the population over 18 who have been fully vaccinated is 62%. However, that figure is under 50% in several states, including Alabama, Louisiana, Mississippi, Tennessee, West Virginia and Wyoming.

States with low vaccination rates have led the nation in numbers of new cases, deaths and hospitalizations. Experts watch hospitalizations carefully because they are a proxy for the very ill.

24/7 Wall St. reviewed facility-level data from the Centers for Disease Control and Prevention (CDC), which aggregates this data from two main sources: HHS TeleTracking and reporting provided directly to HHS Protect by state/territorial health departments on behalf of their health care facilities.

To determine the occupancy of adult intensive care unit beds and the number of adults with confirmed or suspected COVID-19 who are hospitalized in an ICU bed, we calculated a value based on the aggregate sum for each state. These totals were provided at the facility level during the collection week of July 30, 2021, to August 6, 2021. Suppressed values where the facility level sum or average was less than 4 were not included in the aggregation.

The state with the worst level was Louisiana at 121.0 per 100,000 people. It is followed by Arkansas and Florida.

By this measure, these are the 10 states with the most people in the hospital:

Click here to see which states get the most COVID-19 vaccine from the federal government. 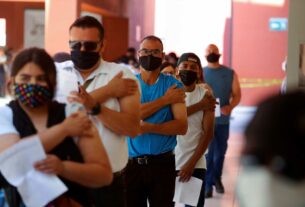 Covid cases are surging again in Latin America and the U.S., WHO officials warn 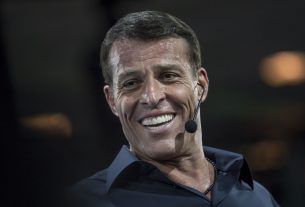 Tony Robbins Accused of Forcing Ill Employee Back After Covid-19