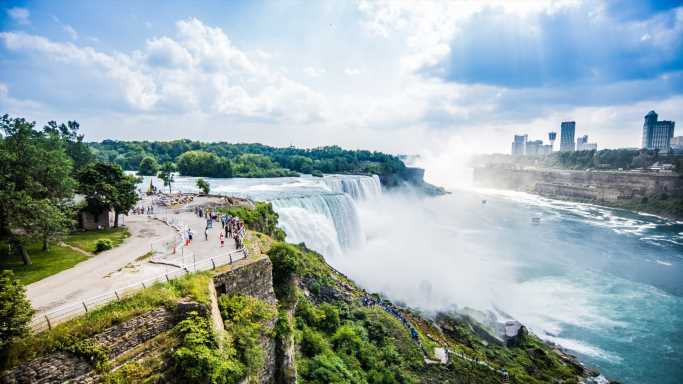 Rents in the United States hit a record high in April, according to real estate listing site Realtor.com, with rents rising 16.7% compared to the previous year. In contrast, over the previous five years, gross rents increased by 18.1%.

Rising housing costs have put a serious squeeze on the millions of Americans, typically younger ones, who already cannot afford to own a home. Many of those who are already being affected by inflation are likely looking to live in cities with more affordable rentals.

To determine the cities with the lowest rent, 24/7 Wall St. reviewed five-year estimates of median gross rent from the U.S. Census Bureau’s 2020 American Community Survey. We defined cities based on a population threshold — places with at least 25,000 in population. The median gross rent across the United States is $1,096, and in the 50 cities on the list, it ranges from $711 to as low as $482.

Ohio has the most places on this list, with eight, followed by Illinois, with seven, and Alabama with four. Half of the cities on this list are in the Midwest, and 19 are in the South, leaving only three each in the Northeast and the Midwest. This roughly reflects the regional differences in housing costs across the country.

Broadly speaking, housing costs reflect the income levels of the population living there. Housing costs tend to be more expensive in wealthier communities, while places with high levels of poverty tend to have cheaper housing. The 50 cities on the list are some of the poorest parts of the country. All have lower median household incomes compared to the national figure of $5,416 per month. In East St. Louis, Illinois, which has the lowest median gross rent, at $482, the typical household has a monthly income of $2,001, the lowest figure out of the 1,778 cities with data available. This is the poorest town in every state.

But even when accounting for these lower incomes, the majority of these cities have more affordable rental units compared to the country as a whole. Nationwide, the annual median gross rent is equivalent to 29.6% of the median household income. In 31 of the 50 cities on this list, median rent accounts for a smaller share of income. In Aberdeen, South Dakota, rent accounts for 22.9% of household income. These are the states with the lowest and highest rent.

Click here to see cities with the cheapest rent

We used census “place” geographies — a category that includes incorporated legal entities and census-designated statistical entities. We defined cities based on a population threshold — census places needed to have a population of at least 25,000 to be considered.

Cities were excluded if median gross rent was not available in the 2020 ACS, if there were fewer than 500 renter-occupied housing units, or if the sampling error associated with a city’s data was deemed too high.

The sampling error was defined as too high if the coefficient of variation — a statistical assessment of how reliable an estimate is — for a city’s median gross rent was above 15% and greater than two standard deviations above the mean CV for all cities’ median gross rents. We similarly excluded cities that had a sampling error too high for their population, using the same definition. 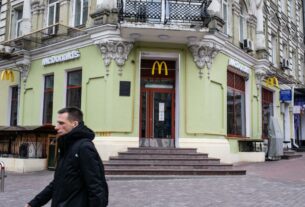 Rebranded McDonald's restaurants are being unveiled in Russia 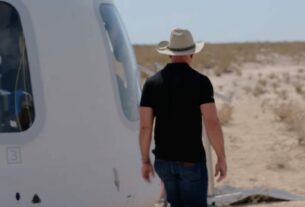