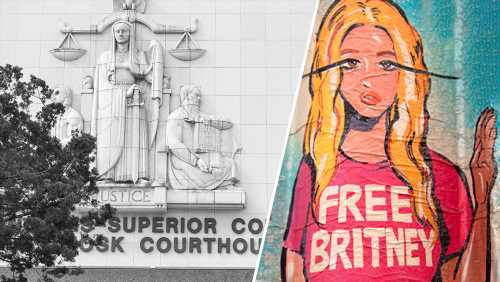 After 13 years, #FreeBritney is now more than just a hashtag.

“The court agrees to the termination of the conservatorship,” ruled Judge Brenda Penny for Britney Spears this afternoon.

With some self-described “administrative” matters to wrap everything up, the packed hearing Friday in Los Angeles Superior Court puts an effective end to the conservatorship that has controlled almost every aspect of Britney Spears’ life since 2008. Agreed to by all the lawyers in the courtroom, the somewhat expected result follows a turbulent year for the singer and the restrictive legal entanglement she has been snared in since 2008.

As the one time Princess of Pop’s lawyer Matthew Rosengart presented a plan to terminate the conservatorship, Friday was  the culmination of a summer of virtual court appearances by the 39-year-old singer, fiery filings filled with invectives and accusations from multiple parties, and several timely documentaries that put the ultimately court-controlled conservatorship under a very public magnifying glass.

Proclaiming the “time has come to end the conservatorship” right at the start of the less than 40-minute hearing, Rosengart described the “safety net” that has been put in place for both his client and the winding down of the long standing arrangement. A “termination care plan” for the singer and a financial plan, filed today under seal by attorneys for temporary co-conservator CPA John Zabel will help buffer the transition, he noted.

With future hearings set for December 8 and January 19, 2022 in Judge Penny’s courtroom, the only “caveat” to complete termination of the conservatorship, according to Rosengart, are some necessary “limited administrative powers” to Zabel. Those powers will enable the temporary co-conservator to “transfer assets out of the trust into the trust” and the “execution of estate plan documents.”

Pushing for an end to the conservatorship for his own legal reasons, Britney’s father and former co-conservator Jamie Spears dialed in to today’s hearing  with his newly minted lawyer Alex M. Weingarten in the courtroom. After coming up short in the last hearing in late September, the elder Spears ditched his long-standing Holland & Knight team for the Willkie Farr & Galagher LP partner. 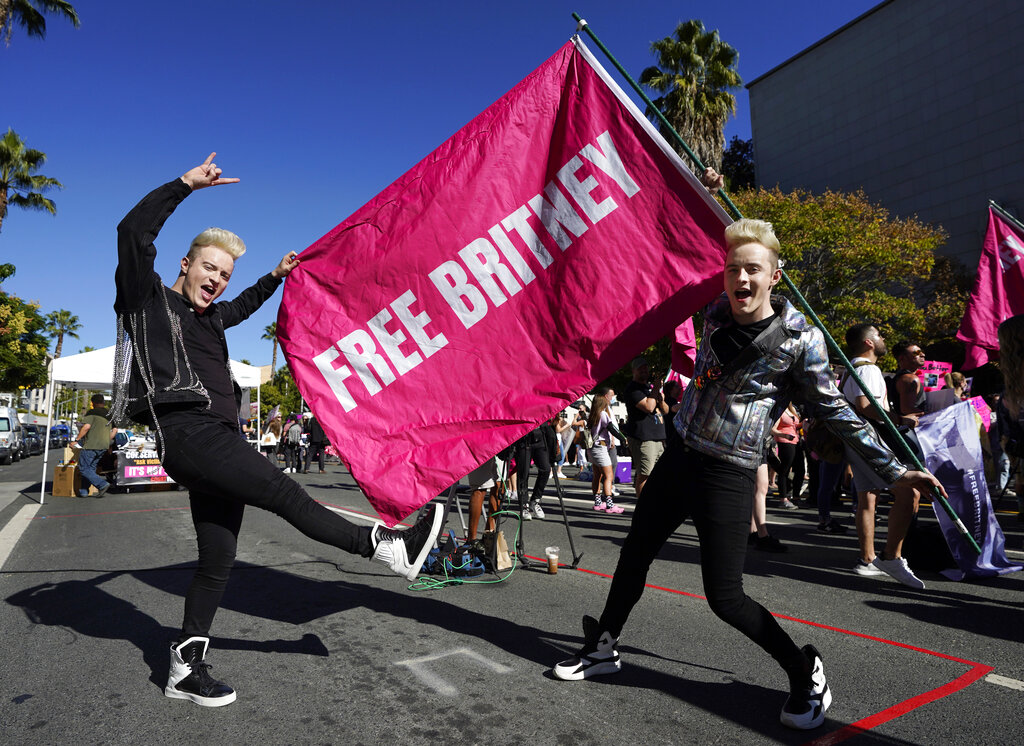 Spears’ supporters have been outside the downtown Los Angeles courthouse for every hearing in this increasingly high-profile case since last year. Today, with the feeling buoyant that the end of the conservatorship was in sight, a larger and even louder than usual crowd gathered on L.A.’s Grand Avenue to await the outcome of the proceedings inside.

In a beat-filled social media post by Spears’ fiancé Sam Asghari on Thursday, the singer and her spouse paid direct tribute to the #FreeBritney masses.

Of course, even with Friday’s decision by Penny, there remains some legal mopping up to do as the financials of Spears’ $60 million estate are sorted through. In that process, and with the drama simmering, Jamie Spears and his daughter’s former business manager Tri Star Sports and Entertainment Group are now under scrutiny as Rosengart and other follow the money.

Rosengart, a former prosecutor, has been pushing the resistant Tri Star to hand over documents on its work for his client and on the conservatorship from 2008-2018. Additionally, even with the elder Spears knocked off his once powerful co-conservatorship perch by the court on September 29 due to the “toxic environment” between the father and daughter, Jamie Spears is still facing calls to sit for a deposition in the matter.

Adding to the situation that Britney Spears herself has called “abusive” in a previous hearing this past summer, her seemingly supportive mother Lynne Spears wants her daughter’s estate to shell out for her legal fees and more.

Britney Spears has pushed back hard on that in a since-deleted social media post from earlier this month.

“She secretly ruined my life,” the singer said of her mother, who was an advocate for her daughter to ditch her court-appointed attorney and bring Rosengart aboard this summer. “My dad may have started the conservatorship 13 years ago …but what people don’t know is that my mom is the one who gave him the idea.”

As recommend by Rosengart, CPA Zabel was officially appointed as the interim fiduciary advisor and temporary conservator of the business and financial side of Spears’ affairs after the September 29 hearing. Added to the matter in 2019, Jodi Montgomery remains the co-conservator in charge of Spears’ personal and medical matters for the time being until the hearings later this year and in early 2022 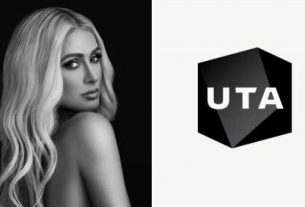 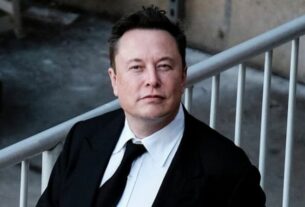 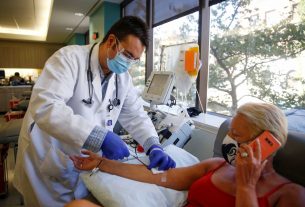