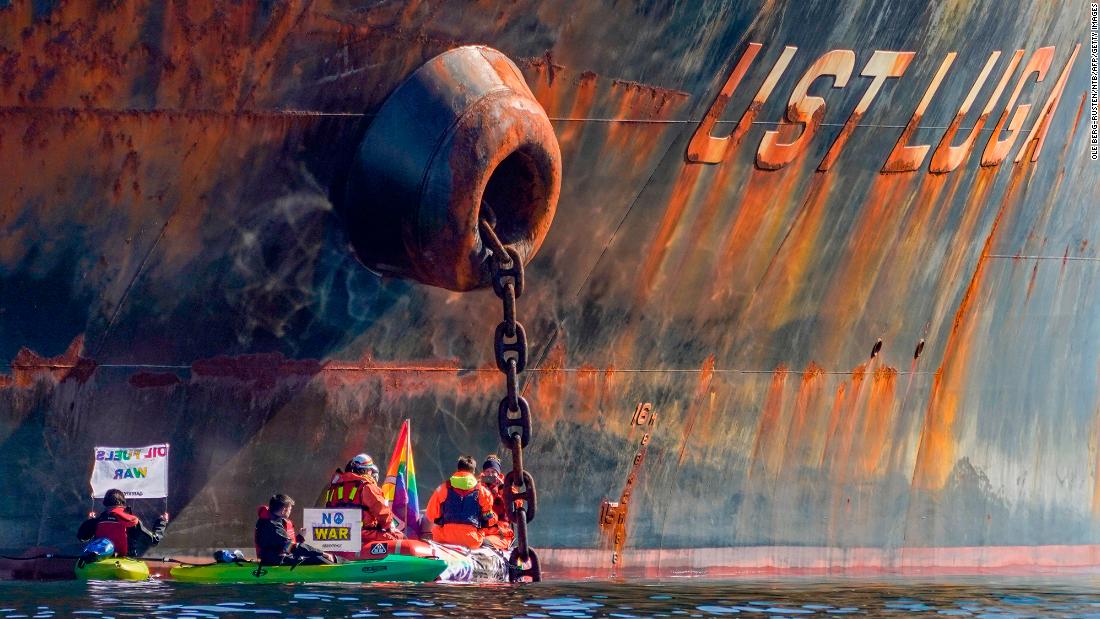 London (CNN Business)Norwegian police arrested seven Greenpeace activists on Monday after they chained themselves to a Russian oil tanker to try to prevent it docking at a port in Norway operated by Exxon.

The Ust Luga — loaded with Russian jet fuel worth $116 million — was on its way to Slagentangen port, about 53 miles south of the capital Oslo, when activists chained themselves to its anchor, Aud Hegli Nordø, a spokesperson for Greenpeace Nordic, told CNN.
The Slagen oil terminal is owned by Esso, a subsidiary of US oil giant ExxonMobil (XOM).

In a bid to block the tanker from docking, seven Greenpeace activists set off in boats across the Oslo Fjord waters and chained themselves to the anchor, said Nordø.

All were taken into police custody, in addition to several activists from climate action group Extinction Rebellion who joined the blockade, a spokesperson for Greenpeace confirmed to CNN. The ER activists were later released.

The Ust Luga is now docked in Slagen, according to tracking site Marine Traffic.
“The fact that our government still allows the import of Russian fossil fuels in the current situation is unfathomable”, Frode Pleym, head of Greenpeace Norway, said in a statement to CNN.

“I am shocked that Norway operates as a free port for Russian oil, which we know finances [Russian President Vladimir] Putin’s warfare”.
The Ust Luga tanker is registered in Hong Kong, according to Marine Traffic.
The vessel is operated by Russian gas producer Novatek, according to shipping data provider Lloyd’s List Intelligence. Novatek’s CEO and major shareholder is the oligarch Leonid Mikhelson, who CNN has previously reported as having close ties to Putin. 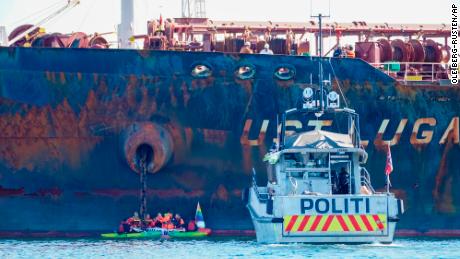 Greenpeace is also demanding Esso cancel its contracts with Russia.
A spokesperson for ExxonMobil told CNN in a statement that deliveries of Russian fuel to Norway “are fulfilling contracts that were in place prior to the invasion.”
“We have not made any new purchases of Russian products since the invasion, and there are no plans for future purchases,” she said.
“We are fully complying with all sanctions, and we support the internationally coordinated efforts to bring Russia’s unprovoked attack to an end,” the spokesperson added.
A raft of energy companies exited Russia after President Vladimir Putin ordered troops into Ukraine in late February. BP (BP), Shell (SHLX) and Norwegian state oil company Equinor have stopped trading Russian oil or entering into new contracts.

Exxon, which had been operating in Russia for more than 25 years, pledged to pull out of its Sakhalin-1 venture — a vast oil and natural gas project located off Sakhalin Island in the Russian Far East.
— Mark Thompson contributed to this report.
Source: Read Full Article 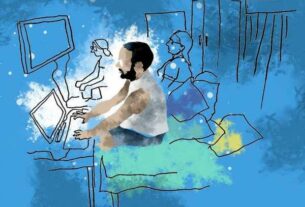 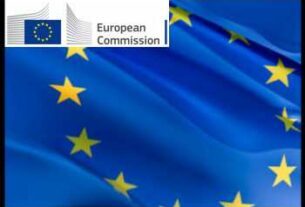 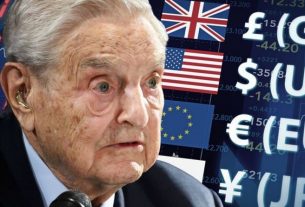